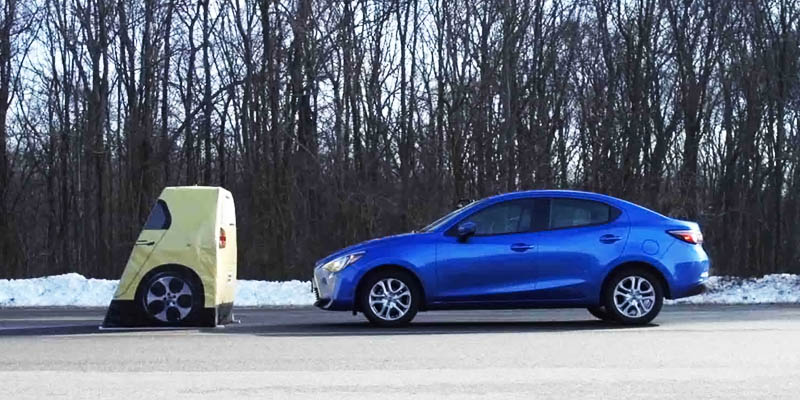 Technological advances in the automotive sector have been crucial to ensure safer and more efficient routes. Nowadays, the speed of innovations is proving that automotive technologies continually surpass the achievements of the past, especially when it comes to safety.

The investments of the automakers in the development of research in this area are clear, since it is increasingly easy to identify the evolution of the cars. It is a market with a high level of sophistication, featuring a growing search for safety assurance in accordance with the new behavioral standards of drivers and passengers.

But what about you, are you aware of the sector’s surprises? If you want to know some automotive technologies that can contribute to increased road safety, continue reading this article. We have separated 9 advances that will impress you!

Automakers are increasingly improving vehicle night vision. Aimed at assisting drivers on the road at night, this technology offers security against night visibility, which is considerably impaired.

The technological apparatus present in this case is in the installation of a thermal camera. She is able to capture obstacles in the face of the chosen path, such as animals or even people. The identification by the driver is very dynamic and visual, and can be done by changing the color projected by a screen.

The laser light headlamp is another major innovation in terms of automotive lighting. In addition to increasing the range of luminosity, offering more security to the driver, its luminous flux, when compared to the LED, is up to four times greater!

If you already know the conventional autopilot, you can see that we are talking about an evolved modality. The adaptive autopilot computes a speed and maintains it during the journey, accelerating or decelerating, next to the vehicle in front. In order to avoid a collision, at some speeds, the system comes to fully brake the vehicle.

One of the most useful solutions to ensure driver protection is the blind spot sensor: a device capable of identifying vehicles or pedestrians within the limited or obstructed field of vision.

This detector usually stays in the exterior mirrors to point the approach of a vehicle in the rear. He is able to consider the speed of two vehicles, alerting the driver when there are cases of imminent risk to change lanes.

If the driver tries to switch sides, the assistant flashes to increase the driver’s perception. It is common for the blind spot sensor to be accompanied by other automotive technologies , such as sensors developed for changing lanes, adaptive cruising and parking assistance system.

Cars with technology that assists the driver when parking are no longer rare. This happens thanks to the cameras attached to the rear of the vehicle and the proximity sensors. They work by emitting audible signals and animated lines made available on the dashboard, in order to indicate the side to which the driver needs to turn the steering wheel.

It is also possible to find vehicles with an automatic parking system ready to check whether the chosen parking space does, in fact, hold the car. From there, she can determine the perfect maneuver for the car to be parked in the best way, performing the goal by itself.

It is not an exaggeration: what was pressure or touch can now be done with simple gestures in the air. Cars slowly are beginning to adopt systems that replace the buttons or displays the touch screen for innovative commands.

A series of the BMW brand has already introduced the technology that activates the most diverse functions of the central screen through a gesture of the elbow on the surface of the console. The driver can also increase the volume of the sound by rotating his fingers and activate external cameras with simple manual movements. All of this to ensure safe driving through the practicality of the vehicle’s configurations.

The technology known as “young driver” is aimed at enabling parents to better ensure their children’s experience as drivers. Cars with the Teen Driver system can be adjusted so that they travel at a predetermined maximum speed. In addition, parents can configure the vehicle so that it does not start without the seat belt being properly attached. Even the sound inside the car can be limited to avoid distractions.

Not taking your eyes off the road while driving is a commandment of defensive driving, and the program known abroad as Head-up display was developed to assist in this regard. Through projections on the windshield, the system can provide relevant data, such as temperature.

It is worth mentioning that the automakers are looking to provide augmented reality through this item. In Audi’s Q8 prototype, for example, the technology is marked by the expectation that maps and images will appear in 3D.

Animal Warning on the Road

One of the common causes of accidents on the track is the presence of animals. It is very common that certain routes have the possibility that animals pass over fences or invade the roads, causing serious accidents.

It is a system that works by using sensors installed in the car with the intention of identifying the presence of animals and notifying the driver. Options like this are being replicated by other companies in the market.

Traction control systems, as the name implies, serve to control the vehicle’s traction in different ways. Among the most common are the EAS ( Electronic Actuation System ), which monitors not only traction, but also the car’s height from the ground, and EBD ( Electronic Brake Force Distribution ), which

Before the Shelbys and Bosses arrived, the Ford Mustang K-Code was the peak of Pony Car performance. On this episode of Jay Leno's Garage, Mustang enthusiast Scott McMullen explains the… [...]

A 1966 Shelby 427 Cobra once owned by current Ford CEO Jim Farley is up for sale at online auction website Autohunter. The car, which bears chassis number CSX3195, started… [...]

The Tesla Cybertruck is inching closer to production, according to Elon Musk. On Wednesday, a Tesla Cybertruck was spotted roaming public streets. Instagram user ftronz posted a video and a… [...]

It's official. Ford is returning to the Formula 1 arena in 2026, though not as a constructor but as a technical partner of leading team Red Bull Racing. Ford will… [...]